Tattoo’s and songs are conquering Hospitals 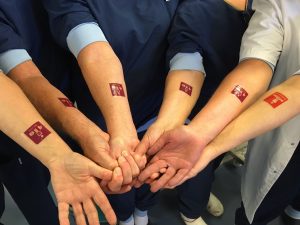 For the Dutch based St. Antonius hospitals, we have taken action to introduce new phone numbers to all employees at all departments of the 3 hospitals.

New phone numbers had to be introduced, for the ERO (Emergency Response Officers) and RSU (Reanimation Support Units), which became the same in all fillets. At all three locations, stereo typically * dressed nurses (* = to avoid confusion with the patients) were going to make sure nobody forgot the new phone numbers anymore.

The nurses were ready for action and equipped with their mobile Tattoo trolleys to provide all the staff members with a tattoo and a customized song. These special tattoos are made according to the hospital’s specifications and were hypoallergenic and met the health requirements of the hospital. The actors made the new phone numbers clear with a recognizable and catchy song.

Also want to introduce a new phone number with actors and actresses?
Call us today on telephone number: +31297-521919 for more and non-binding information. Or send an email directly here. 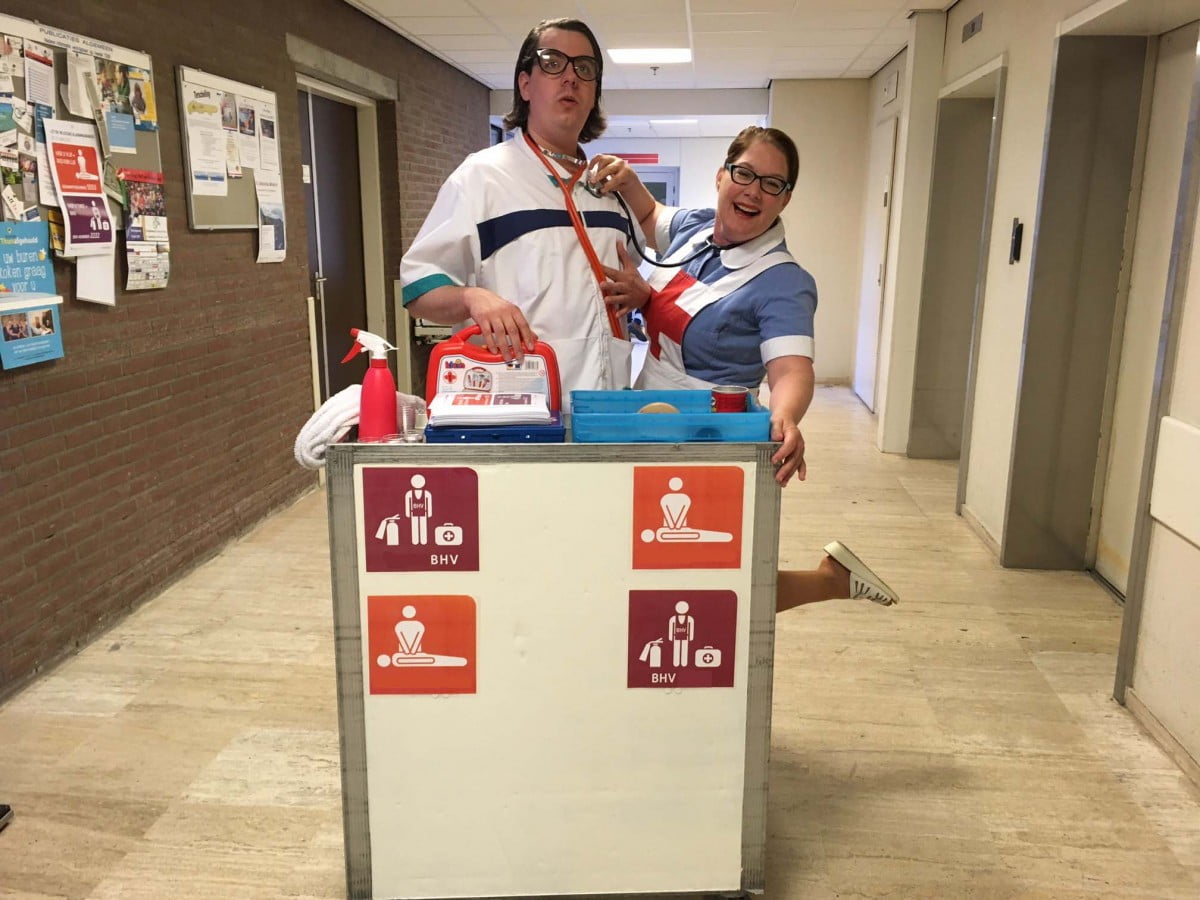